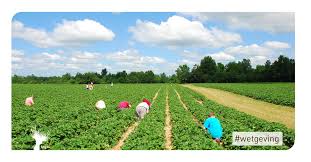 At their monthly EU meeting, the 27 LNV ministers will consider whether the EU should take additional measures against rising fertilizer prices. They will also press again for the postponement of the national NSPs for agricultural policy.

With the Russians imposing additional duties on exports (read: wanting to keep more for their own farmers), Brussels could lift previously imposed EU tariffs to boost imports from elsewhere.

A major stumbling block at the ministerial meeting threatens to be the timely implementation of the National Strategic Plans (NSPs) of the new agricultural policy. The EU countries must submit these by the end of this year in order to be eligible for CAP payments next year. That condition has been known since the beginning of this year.

The intention is that the entire European Parliament will finally adopt the modernized CAP later this month, so that it can officially enter into force on 1 January 2023. With the new CAP, Brussels gives the EU countries greater freedom in their criteria for their agricultural subsidies, but it is still uncertain whether all EU countries will submit their national strategic plans on time.

Several countries have asked for a postponement, but the European Commission does not want to hear about it. Agriculture Commissioner Wojciechowski has said he will "be flexible" with the submission date.

The Netherlands has already started the NSP process with a few tests and trials, but some countries are only just starting. In Germany, for example, the new 'traffic light coalition' could still throw a spanner in the works with stricter requirements, and France says that not all 'provincial authorities' agree yet. The latter would partly be a result of the abandonment of uniform agricultural rules throughout the EU.

Spain will ask in Brussels on Monday for additional EU support for farmers in the Canary Islands. Agriculture on La Palma and the nearby islands is affected by the precipitation from the volcanic eruption. Tons of ash that fell has destroyed almost the entire crop on the islands.

Spain is not only asking for extra subsidy from the EU program for remote islands, but also from the cap's rural fund. During a recent visit to the island, Minister Planas said that he had written a letter to EU Commissioner Janusz Wojciechowski, in which he invoked "force majeure".