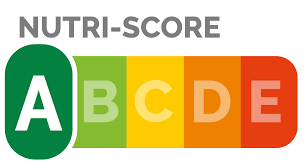 A working group of seven European countries has established modified criteria for the introduction of a uniform European food label, nutri-score. The changes are intended to make the index proposed by France more public-friendly with “dietary recommendations” in the field of health.

An attempt is also made with the adjusted criteria to bring the 27 EU countries more in line because there is also another Italian model on the European conference tables. The now adjusted criteria have been drawn up by Belgium, France, Germany, Luxembourg, the Netherlands, Spain and Switzerland.

According to the scientific committee, the proposed Nutri-Score is "effective", but adjustments are still needed within food types. In recent times, Mediterranean countries have protested warnings against overuse of olive oil. There is also disagreement about whether all French and Bulgarian cheeses are actually still 'cheese'

Five product classes will be adjusted in the coming months. Like oils, foods that are “less rich in saturated fat” will benefit from better classification. Fatty fish will also be ranked higher so consumers can better identify them as "healthy foods." Finally, the classification of dairy products will be revised with a better differentiation of sweetened and unsweetened products.

The adjustments will bring a European Nutri-Score more in line with the Dutch Disc of Five.  Due to the absence of a European decision, some commercial parties in some EU countries have already started introducing the logo, such as Albert Heijn, Jumbo and Plus. More and more A-brands are also putting the logo on their product.

The Nutri-Score has already been successfully introduced in countries such as France, Belgium, Luxembourg, Germany, Spain and Switzerland.

Poultry Colombia and Peru could use some Dutch knowledge

Due to the continued growth of poultry consumption, Colombia and Peru have an increasing need for foreign investment and knowledge. In addition, ...
read more

Court of Audit: EU did too little for healthier European forests

The European Court of Auditors finds that in recent years the European Union has used far too little money from the CAP Rural Fund for...
read more