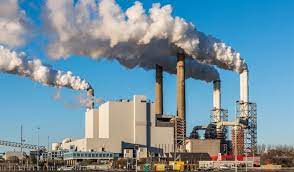 Barely six months after the presentation of the EU Climate Plans against global warming, the European Commission has now announced five new proposals to further reduce methane and nitrogen emissions. This reduction is mainly sought in the conversion of polluting energy sources (such as natural gas and coal) to clean energy, such as hydrogen.

The energy sector (read: power stations and the GasUnie) will have until 2030 to reduce part of their methane emissions. This includes repairing leaking gas pipes and flaring off gas residues.

Methane (CH4) is the second most important greenhouse gas contributing to global warming after carbon dioxide (CO2). The moment it goes into the air, it is 80 to 100 times stronger than CO2. Methane is responsible for a quarter of man-made global warming. You cannot see it with the naked eye.

Methane is still insufficiently regulated in Europe. With new methane legislation, the European Commission aims to tackle emissions in the energy sector, with a limited task until 2030, and expansion beyond.

Methane disappears from the atmosphere after about 15 years. If emissions stopped now, the planet would notice in 15 years. No methane is added, and the amount of methane in the atmosphere decreases. The greenhouse effect will even decrease. However, reducing methane alone is not enough for global warming.

Part of the use of natural gas will be replaced by hydrogen in the future. The European Commission is therefore revising the gas legislation and adding rules on hydrogen. In order to set up a market for hydrogen, there will be rules for market organisation, the use of infrastructure and consumer rights.

Large-scale development of hydrogen gas is still in its infancy, but engineers and technicians are already saying that it will be the gas of the future.

Earlier this week, the Institute for Agricultural and Trade Policy (IATP) presented a new study on the environmental impact of the 35 largest meat and dairy companies in Europe. According to IATP, these are responsible for 7 percent of the greenhouse gases in the EU. The 35 groups examined include FrieslandCampina, Danish Crown, Nestlé and Danone. They looked at, among other things, their climate plans and the emissions within their chains.

Eighty-six percent of all meat and dairy in the EU comes from 10 European countries: Germany, France, Spain, Poland, Italy, the Netherlands, Denmark, Ireland, Belgium and the UK. For a transition in European agriculture, these 10 countries in particular have to work, according to the researchers.

According to the authors, not a single dairy or agricultural concern has envisioned reducing livestock numbers as a possible solution. The sharply increasing meat export is also responsible for the increasing emissions, it is stated.

No EU country holds these large agro-concerns co-responsible for the emissions in their chain, even though agricultural emissions have increased over the past ten years. As the EU prepares to launch 'carbon farmers' (CFI, Carbon Farming Initiative) as part of the Green Deal, the EU countries should oblige the meat and agribusiness industries to reduce their emissions, the government advocates. IATP.

Only three companies surveyed (Nestlé, FrieslandCampina and ABP) have announced plans to reduce their total emissions in the supply chain. The IATP concludes that many large agribusiness companies hardly have any climate plans or targets. And even companies that do, would be guilty of “greenwashing” and pretending to be more “environmentally friendly” than it actually is.