Home European Commission EU phasing out 'free air pollution' will only start in '27, after elections 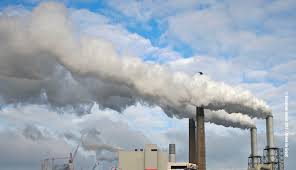 Dutch MEPs react mainly positively to the compromise reached on Wednesday in Brussels – in the second instance – on new measures against air pollution. The current ETS emissions trading system for 'free pollution rights' will be abolished by two-thirds between 2027 and 2035, and companies will pay tax on their air pollution in phases.

The European Parliament has thus adopted its position on the future revision of the EU Emissions Trading System (ETS) by 439 votes in favour, 157 against and 32 abstentions. Under pressure from the EPP Christian Democrats, last minute relaxations have been made for the business community.

The abolition of free rights (read: introduction of tax on air pollution) will only start in 2027, after the European elections of 2024. But at the request of the Greens and the S&D social democrats, it should be completed in five years, instead of seven. .

It has now also been included that there will be a link between the introduction of a new customs tax (CBAM) on the import of environmentally unfriendly products and the new European tax on CO2 emissions. If the new CBAM cannot stop the 'leakage' to cheap imports, European companies will not have to pay an extra levy.

PvdA MEP Mohammed Chahim was chief negotiator on that file. “CBAM is the only tool we have to encourage our industry worldwide to produce greener. At the same time, we are phasing out the free emission rights. With CBAM, the polluter really pays and we give the rest of the world a helping hand to do the same.”

GroenLinks MEP Bas Eickhout supports the new compromise of the three large coalition groups in Strasbourg: “Although we would have really wanted more ambition, I am relieved that an acceptable agreement has been found. Climate policy is under enormous pressure due to the current economic and geopolitical situation. We show here that, despite this pressure, we are maintaining the European climate goals.”

The European Parliament also voted in favor of a 'social fund' that financially supports people in making their homes more sustainable (read: insulation subsidy). “Those who initiate a major transition also have a responsibility to ensure that iedereen can keep up. A social climate fund is a good start, but the estimated 72 billion euros is not enough to provide the lowest income security during a green transition," says Eickhout.

MEP Peter van Dalen (Christian Union) is relieved that the European Parliament has finally approved the new emissions trading system (ETS): “There is no time to lose”. “It is high time that the industry started to become more sustainable. It is therefore good that the ambition level is raised from 61% to 63% emission reduction.”

Previous articleNo ban in EU on chemicals, but premium for organic switch
Next articleMainly criticism of vague rules for halving fertilizer in agriculture