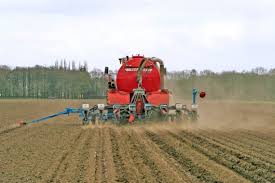 The European lobby group said that nitrogen fertilizer prices have tripled since the beginning of this year. The price increase is related to the rising global demand for fertilizer and higher prices for gas and sea freight. Copa-Cogeca has been questioning the usefulness of the EU anti-dumping measures for UAN fertilizers for several months now.

In 2018, Fertilizers Europe filed a complaint against the dumping of urea-ammonium nitrate fertilizers mainly by Russia, Trinidad and Tobago and the United States. They supplied fertilizer below the cost price of European producers. The EU will now investigate whether this dumping is so harmful for European fertilizer manufacturers.

In April of this year, Copa-Cogeca made a request to lift the import fines. Ireland has also proposed to suspend the levy, if necessary temporarily. Last week, the issue was again raised by Ireland at the monthly ministerial meeting in Brussels. Previously, the EU did not want to know about that.

The Directorate-General of International Trade in Brussels has now decided to open an investigation into the actual impact on those anti-dumping duties.

MEPs will have the opportunity to question the European Commission during the regular meeting of the AGRI committee next Tuesday during an exchange of views on anti-dumping measures for fertilizers.

The energy ministers will meet in Brussels on 2 December. They discuss the high energy prices, but also the plans to emit significantly less CO2 in the next ten years. Many countries want more leeway to deviate from the targets.

MH17 suspect wants to hear many other witnesses about 'shooting'

Moscow and Kiev are taking a new step towards improving relations