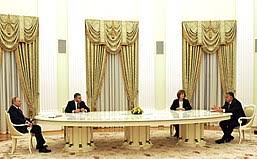 Last Friday, the European Parliament said in a resolution that Hungary can no longer be called a democracy. MEP Tineke Strik (GroenLinks) wants other EU funds to be withheld, such as agricultural funds, to put pressure on Hungary. Strik emphasizes that Hungarian abuse and fraud with agricultural funds have already been demonstrated in recent years.

The anti-EU course of the nationalist Hungarian government of Prime Minister Viktor Orban has been a stumbling block in EU circles for years, but until now European heads of government have blocked the imposition of fines.

But now that Hungary is rejecting the pro-Ukraine and anti-Russia course of the EU countries, Brussels has had enough. Hungary decided earlier this month to buy more Russian oil.

The 7.5 billion now withheld is about half of the Hungarian money in the EU-wide recovery fund. In an effort to allay Brussels' fears, Budapest announced – at the very last minute – on Saturday that it wants to curb corruption.

Next week, the EU heads of government have yet to approve the fine imposed, and Hungary has six weeks to backtrack.

The conflict between Hungary, one of the bloc's largest net beneficiaries, and the EU has grown steadily since Orban's ruling Fidesz party came to power in 2010.

The largest ruling party is accused of humiliating the country's democratic institutions, curtailing media freedoms, fraud with EU subsidies and violating the rights of minorities – something Budapest denies.

The Energy Ministers believe that ten percent less energy should be used in the EU countries: five percent mandatory and another...
read more
EU

World food prices rose 28 percent last year to the highest level in the past ten years. According to the food agency...
read more

The European Commission will hold a consultation round in March about the consequences of the Green Deal for agriculture. The next four...
read more

Emergency aid for Ukraine and farmers; no delay Green Deal

Ukrainian Agriculture Minister Roman Leshenko will participate in the European Agricultural Council by video link on Monday, although the country is not a member...
read more

The chairman of the German poultry industry believes that European rules against the killing of male chicks should be introduced as soon as possible.
read more

Austrian fertilizer group not sold to Russian tycoon after all