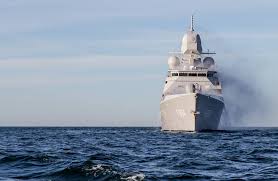 The Netherlands sends frigate to European mission in Persian Gulf

The Netherlands is sending a naval frigate to the Strait of Hormuz next week to secure the shipping of oil tankers through the Persian Gulf. This European naval mission is led by France, and is clearly not an NATO operation of which the United States is also a member.

Belgium, Germany, Italy and Portugal support the European mission in the Strait of Hormuz to guarantee free passage there. They announced this in a statement. It is political support, not with military means. The Netherlands takes part in the mission led by France with a naval ship. It was already known that Denmark and Greece support the mission.

The mission comes because a few oil tankers were attacked in the Strait of Hormuz last summer, probably by Iranians. The strait is crucial for the world oil trade. The recent tensions between the United States and Iran are particularly worrying, the statement said.

The Netherlands, France, Denmark and Greece have pledged a contribution to the mission. The four new countries express their political support for the mission. The Dutch navy ship Zr. Ms De Ruyter is leaving for the Middle East next week. It participates for six months in the mission in the Strait of Hormuz.

With EMASOH, according to the statement, the eight European countries want to contribute to the protection of oil tankers and cargo ships, but also to a broader de-escalation in the flammable region. Last year the US had called for a mission to be rolled out together, but the European countries declined that invitation.

France, the Netherlands, Denmark and Greece have already made concrete commitments for the European mission. "We look forward to further commitments in the coming days," the joint statement says. The headquarters of the mission is located in the United Arab Emirates.

Foreign Minister Stef Blok called the support of the four other European countries an important step. He consulted with his European colleagues on Monday in Brussels. Blok has no indications that more EU countries will join the mission. Before the Dutch ship leaves, there will be an assessment of the security policy situation in the Gulf, says Blok.