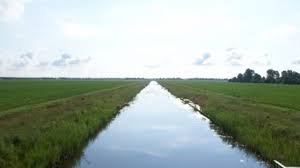 The Netherlands already has to comply with stricter EU environmental regulations

By order of the European Commission, the Netherlands must already reduce the spreading of manure this year and designate larger parts of the surface water as nitrate-polluted.

At the end of last year, LNV minister Piet Adema had informed the House of Representatives that he would consider 2023 as a transition year, but the Netherlands has been reprimanded by Brussels and must comply with the EU rules.

It concerns the consequences of two separate environmental issues: the new European Green Deal and farm-to-fork food strategy, in combination with the tightening of the water quality framework directive. That new CAP agricultural policy was only adopted at the end of last year, so that farmers in the Netherlands had to wait for a long time to see what is or is not allowed.

In addition, Brussels had already informed the Netherlands last year that it was no longer allowed to make use of the exemption scheme (derogation) for nitrate tax (read: water pollution by spreading manure on meadows). For example, they are no longer allowed to fertilize along the edges of ditches and waterways.

The Netherlands must already reduce nitrate pollution this year, and not only from next year. This is mainly a signal that improving water quality should be given more priority in the Netherlands. According to Brussels, the Netherlands has interpreted the rules too flexibly. Adema speaks of an 'error of judgement'.

The designation mainly concerns meadows and waters in the water boards of Noord-Hollands Noorderkwartier, Delfland and Brabantse Delta. This means that 42 percent of the Dutch agricultural area has been designated as contaminated area.

Minister Adema had asked the Committee of Experts on the Fertilizers Act (CDM) for advice on this designation. He opts for designation at water board level because it is currently not yet possible to demarcate water bodies on a smaller scale.