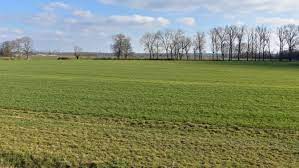 The new European compulsory crop rotation on fields, which would come into effect next year, will probably be postponed. The European Commission and the 27 EU countries support the German proposal to keep that part of the Green Deal on for a year. The already postponed mandatory set-aside will also be extended by another year.

EU Agriculture Commissioner Janusz Wojciechowski said Tuesday evening in Brussels, after the LNV ministerial meeting, that he supports further postponement and that the EU board is now investigating the matter. German Minister Cem Özdemir (Greens), who had already asked the European Commission for this last month, presented his proposal at the meeting

The crop rotation rule (changing crops on a plot from one year to the next to protect soil conditions and biodiversity) would come into effect in January 2023. It is one of the conditions for farmers to receive direct support under the new agricultural policy.

During a press conference afterwards, Wojciechowski indicated that a "majority of member states are in favor" of this temporary derogation. "We are thinking about it, no decision has been made yet," he continued.

“It's not ideal per se,” acknowledged Wojciechowski, pointing out that “in general, crop rotation is an important agricultural practice that must be maintained.” He did not respond to questions from reporters about the recent new letter from MEPs from the Agriculture Committee, which also called for a relaxation of the Green Deal criteria in agricultural policy.

"It is becoming increasingly clear that destabilization through the attack on the food supply" by Russia "is one of the instruments and objectives of this war," Wojciechowski. “We need to maintain our production potential and ensure food security,” he added.

Transport commissioner Adina Valean had told agriculture ministers that at least 20-25 million tons of wheat should be exported from Ukraine over the next three months. “Freeing up storage capacity is the immediate priority in Ukraine, but also in the EU,” he said.

The Transport Commissioner presented an update of the EU strategy to facilitate the export of grains from Ukraine through 'green corridors'. “Before the war, Ukraine exported up to 5 million tons of wheat per month through ports on the Black Sea. This is now to be diverted to railways, roads and inland waterways, then to EU ports for further export. in world markets,” he said.

Previous article'The EU is not a breadbasket for the world, but an expensive supermarket'
Next articleItalian farmers will soon also be able to sell electricity from solar panels

The Energy Ministers of the EU countries believe that the European Union should stop using gas, oil and coal sooner,…
read more
EU

USA is litigating against Canada for more export of cheap milk

For the first time in the North American trade agreement, the United States is instituting proceedings against neighboring Canada. Washington wants the ...
read more

The European Court of Auditors believes that the agricultural sector should be made financially responsible for cleaning the pollution of drinking water. In...
read more

Hunters in the Swiss canton of Valais shot a wolf near Goms on Tuesday. The cantonal authorities had previously…
read more