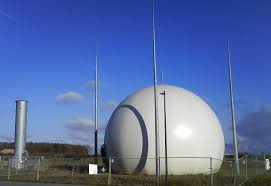 The 27 EU-LNV ministers can discuss his plan for extra income support for farmers with Agriculture Commissioner Janus Wojciechowski on Tuesday. Last Friday, he proposed to allocate 1.4 billion euros from the second pillar of the EU rural fund to compensate for expensive energy and fertilizer.

The LNV ministers and the European Parliament still have to agree to an accelerated procedure with this extra support. Earlier, Brussels released 500 million euros from the agricultural emergency fund. The topic is not on the official agenda, but is treated as 'current topics'.

This will also apply to the unexpected change of ministers in France. Last weekend the current agriculture minister Julien Denormandie was replaced by newcomer Marc Fesneau. He will lead the EU meeting in Brussels on Tuesday, as one of his first official acts. It will also be his last meeting as chairman as the Czech Republic will take over the rotating EU presidency from France on 1 July.

The LNV ministers will also want clarification from Commissioner Wojciechowski on Tuesday about the plan for an 'independent' European energy policy presented by Frans Timmermans on Wednesday.

In order to make the EU less dependent on fossil fuels, especially from Russia, Brussels wants to significantly increase the production of biogas. Timmermans sees a role for new developments in the countryside, which Wojciechowski also spoke positively about.

In order to be able to produce an additional 35 billion cubic meters in a few years, Brussels estimates that 37 billion euros will be needed. Brussels wants to pay this largely from reserves of the large corona recovery fund. As far as Timmermans is concerned, the EU countries may also use 7.5 billion euros from the second pillar of the CAP for financing.

But not iedereen in the European arena reacts positively to that. For example, the German (Greens) Agriculture Minister Cem Özdemir is wrestling with the question of whether agricultural land should only be used for the production of human food, or also for animal feed, or also for fuel for energy generation.

And the influential German MEP Simone Schmiedtbauer (EPP) believes that in Brussels Climate or Environment (and in this case: Energy) have nothing to say about CAP money.

The Energy Ministers of the EU countries believe that the European Union should stop using gas, oil and coal sooner,…
read more
International