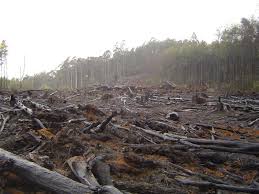 EU import ban for products and food from deforestation

The Environment Ministers of the 27 EU countries agree to a ban on the import of food products from deforestation countries. Imports of soy, beef, palm oil, timber, cocoa and coffee will be banned from 2030 if their cultivation and production contribute to deforestation.

The ban is not just about deforestation, but also about “forest degradation”, and “structural transformation of old-growth forests”.

The ministers thus confirm a similar earlier proposal from the European Commission. The compromise now adopted by the EU countries also makes it possible to stop derived products such as leather, chocolate and furniture from endangered natural resources.

The Environment Ministers also want specific requirements for soy in animal feed. The EU countries still have to agree with the European Parliament on the last two compromises.

European consumption is responsible for 16% of global deforestation, making EU the second largest destroyer of tropical forests, after China and ahead of India and the United States.

In practice, importers must soon be able to indicate where and how and with which raw materials the imported products are made. In addition, traceability must be demonstrated to EU bodies using geo-locations and satellite photos. The intention is that this will also apply to the origin of crops.

The required degree of verification has been elaborated by France. The original proposal has also been "significantly enhanced" by taking into account the human rights and interests of indigenous peoples and small producers, according to Paris.

Environmental groups have denounced "shortcomings" of the agreement, as other key products such as corn, pork and poultry are not included in the new ban.

US Fern welcomed the inclusion of indigenous peoples' rights "on paper", but fears that this protection will be "disrespected" due to a lack of adequate controls.

Most EU countries reject a proposal from the Netherlands, Germany and Luxembourg to ban animal transport over long distances. The...
read more

US and EU want to organize a better food system worldwide

The United States and the European Union have agreed to work together for...
read more

The Dutch MEPs voted very divided on a large package of amendments for a new European food strategy,...
read more

Cricket nursery in Barneveld is expanding for more meat substitutes