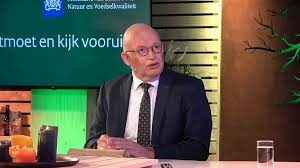 Much support in EU for Dutch plan 'green fertilizer industry'

Agriculture minister Henk Staghouwer has taken the lead in the EU for the development of a new environmentally friendly fertilizer industry, which makes building materials from natural manure processable. Many EU countries responded in agreement and the European Commission will now quickly look at how to make this possible.

The Netherlands argues in favor of processing animal manure into natural fertilization as an alternative to the use of chemicals or the application of wet manure. By processing animal feces and bio-waste on an industrial scale into granules or powder for a new type of dry fertilizer, less chemical fertilizer is used.

The European Union would also become more 'self-sufficient' and less dependent on the import of expensive Russian fertilizer. The production of agricultural crops can thus be maintained, even if artificial fertilizer is too expensive or not available. This solution does not lead to more nitrogen use on a plot.

The Dutch minister pointed out in the EU agricultural council that developing such a residual flow could create a new agricultural revenue model. Better local use of livestock manure not only benefits the environment, but also improves economic benefits for livestock farmers and farmers producing arable crops.

“We took a huge step today. We have been doing research and pilot projects for years and now it seems to be happening. All EU countries have noticed that we need to become less dependent for our fertilizers,” Staghouwer told Dutch reporters in Brussels after the ministerial meeting.

According to Staghouwer, the Russian war in Ukraine has made it clear that European agriculture is highly dependent on imports of natural gas, critical raw materials and fertilizers, especially from Russia, Belarus and Ukraine.

But with the increasingly expensive foreign fertilizer, it is becoming increasingly interesting in terms of cost to make innovative investments yourself. The Dutch plea is also in line with the farm-to-fork strategy (less chemicals and fertilizers) to further strengthen the sustainable development of the agricultural sector.

Investments in these new industrial sectors are large and typically have a return on investment of 10 years or more. Staghouwer argued that in order to encourage the sector to invest, the deviation from the current rules must be long enough to allow producers to recoup their investment.

At the end of last year, the Netherlands also raised the idea of a new industry for 'natural fertilizer' in the Agriculture Council, arguing that European rules encourage reuse of recovered raw materials. This requires a derogation from the Nitrates Directive.

This is usually made very difficult in the Nitrate Committee in Brussels, but the Netherlands and a growing number of other EU member states apparently believe that there are now 'changed circumstances'. Staghouwer believes that the European Commission should make this possible in the medium term (5 – 8 years).

In view of the urgency and the need for a short-term solution, the Netherlands is therefore requesting permission from the EU to deviate from some rules, whereby the new fertilizers from recovered nutrients will continue to meet the already existing European minimum criteria, the so-called ReNure criteria in nitrate sensitive zones.

At their biannual AMK conference, the German state ministers and Agriculture Minister Cem Özdemir did not agree on cultivation on fallow...
read more

In the European Union, heat and drought continue to grip the southern EU countries in particular. In France, agricultural...
read more