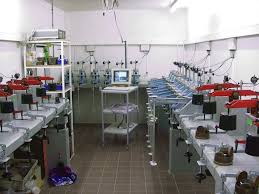 The European Food Safety Agency (EFSA) has insufficient budget to fully adopt the assessment of new agricultural products from all 27 EU countries.

The EFSA leadership also recognizes that many EU countries do not have sufficient investigative capacity and official expertise to quickly assess every newly offered resource. Ruissen pointed out to him that EFSA does ban all kinds of chemical agents, but that there is hardly anything else that can replace them for agriculture and livestock.

Url also pointed out in the Agriculture Committee this week that in the procedure for the authorization of new products, there is simply an interaction between European and national authorities. Moreover, EFSA would not have the budget to carry out all those inspections and all those investigations entirely at its own expense.

The EFSA director said it is ultimately 'a political choice' when it is said that food and health are important, but that politicians should also act and budget for it.

About EFSA's decision to extend the re-authorization of glyphosate by one year, Url said it was not a matter of pushing ahead with a difficult decision.

He pointed out that several hundred substantiated responses have been received. In some cases, new scientific research is needed, he said. In addition, agencies and EU countries have also submitted several thousand additional comments that should also be commented on.