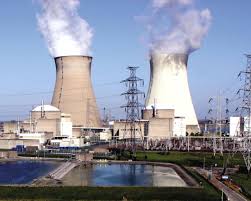 The three largest political groups in the European Parliament have finally reached agreement on curtailing the ETS emissions trading system, but spread out over a longer term. This also clears the way for agreement on two other important new Climate Laws from the European Commission.

In that case, the European Parliament, the European Commission and the 27 EU countries can initiate the trilogue (three-party) consultations on the Climate Laws of Commissioner Frans Timmermans. Abolition of the 'free permits' is now being spread over a longer period, but over fewer years than the Commission initially proposed.

A link has now also been made with the newly introduced customs correction factor (CBAM) for the import of cheap environmentally polluting products from low-wage countries. If 'mirror clauses' in trade agreements do not work (and cheap imports come in anyway), European companies will keep their ETS rights.

The agreement of the centre-right European People's Party (EPP), the Social Democrats (S&D) and the liberal Renew Europe (RE) is also supported by the Greens. Just last month, the left-wing and green groups wanted to completely abolish the free ETS licenses as soon as possible, while Christian Democrats and conservatives wanted to limit extra taxes on business as much as possible and spread it out in time.

The compromise now reached lays down the law that within ten years air pollution from ETS permits must be reduced by almost two thirds. The maximum pollution is also reduced by millions of tons. The compromise will now be submitted to the European Parliament for a plenary vote on 22 June.

EPP negotiator Esther de Lange expressed satisfaction with the compromise reached to Euractiv. “First of all, we wanted to achieve the targets of reducing CO2 emissions by 55% before the end of this decade,” she said.

The second goal was to provide “breathing room” to European industries, which are “operating in a very difficult economic situation” caused by inflation and rising energy prices fueled by the war in Ukraine.

"I hope we can get this through Parliament next week so we can start negotiating with the Council of Ministers because it's very important that we finalize this piece of legislation as soon as possible," said Labor Party negotiator Mohammed Chahim.

This week in Strasbourg, a decision will also be made on an important other part of the climate plans of the von der Leyen Commission. A majority of the ENVI environmental committee refuses to label natural gas and nuclear energy as 'renewable energy', as the European Commission is currently proposing.

The decision to include gas and nuclear energy in the eligible list for sustainable investments ('taxonomy') is a so-called delegated act that can block the European Parliament with an absolute majority (353 out of 705) of votes. If that happens this week, the European Commission should come up with a new proposal.

Reportedly, Climate Commissioner Frans Timmermans agrees substantively with the objections of his opponents against the inclusion of gas and nuclear energy in the taxonomy list, but last year the majority of the European Commission agreed under pressure from Germany and France.

France wanted to keep its own nuclear energy sector subsidisable, and Germany still wanted to protect the (Russian) gas pipeline Nord-Stream-2. Meanwhile, the new German 'traffic light' coalition is against the gas taxonomy.