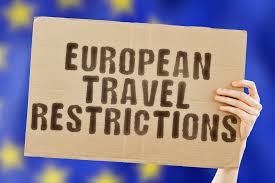 Since the corona pandemic, the European Union has been working on the establishment of a Health Union, the contours of which are becoming increasingly visible. This means that the EU can better cope with new pandemics, according to the European Parliament. The existing European Center for Disease Prevention and Control (ECDC) will also be given more powers.

With a Health Union, the EU must be able to act faster and better in the event of an outbreak of communicable diseases. ECDC will work closely with the European Commission, the EU countries and various EU bodies. As a result, information can be exchanged more quickly and procedures are standardized.

In addition, the European Parliament has approved a proposal to ensure that the EU can better respond to cross-border health threats. From now on, the European Commission can recognize health crises at EU level.

MEP Esther de Lange (CDA) is happy with the result achieved, but is disappointed about something. 'I am most disappointed by the fact that mental health is not required to be included in the national preparation plans. We as a Parliament would have liked that, but the ministers opposed it.

De Lange also fears that the heads of government will fall back on the 'national reflex' in the next pandemic. 'The Conference on the Future of Europe has shown that the citizens do not want that. This legislation makes a European approach possible.'

Previous articleBird flu among poultry in the EU has never been as serious as this season
Next articleAfter 15 years, one charging cord for MEP Toine Manders

More than seven months after the completion of its acquisition of Canadian train builder Bombardier, French train factory Alstom has not yet...
read more

It is not a foregone conclusion for the Social Democratic S&D group in Strasbourg that an EPP Christian Democrat will be elected as its new chairman this autumn...
read more

The Netherlands and ten other EU countries want to make the textile industry radically more sustainable. They have now submitted joint proposals to the European Commission on this.
read more

Five countries (Denmark, Belgium, Germany, Sweden and the Netherlands) presented a common position to the European Commission for a new legal...
read more