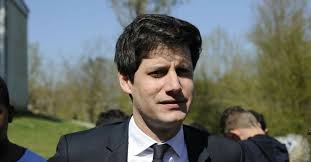 Current EU president France acknowledges that alternative crop protection products are coming to the market far too slowly. The French minister Julien Denormandie (Agriculture) answered this to a question from the Dutch MEP Bert-Jan Ruissen (SGP).

The French LNV minister gave an extensive lecture in the AGRI agricultural committee of the European Parliament about his EU plans for the coming six months. Ruissen pointed out to the French minister that many EU countries lack the capacity to assess substitutes.

“I speak to many agricultural entrepreneurs who are at a loss because one crop protection product after another is no longer allowed in agriculture,” said Bert-Jan Ruissen. The EU also works with the Green Deal and the farm-to-fork strategy to further reduce the use of pesticides. By 2030, agriculture will only be allowed to use half as much plant protection products.

This means that plant diseases can cause crop failures more often. The SGP politician therefore believes that the elimination of chemical agents should go hand in hand with the admission of replacement agents. “Are you prepared to put a faster admission on the agenda?” Ruissen therefore immediately asked Denormandie.

The French minister replied in detail that Ruissen is "one hundred percent right that the admission is going much too slowly." He attributed the cause in part to the multi-year scientific research of new drugs, but also to the approval procedure. “We see in some countries that approval sometimes takes longer than the previous scientific research. That's a real problem. We can't really speed up that research. But that approval takes three or four years: that is far too long.”

Julien Denormandie acknowledged that this problem is now receiving too little attention in European politics. He said he would take this "interesting point" into his EU presidency.

Previous articleEU cannot and should not get the pig industry out of the crisis with a subsidy
Next articleWUR on farm-to-fork: figures are an indication; big differences per country