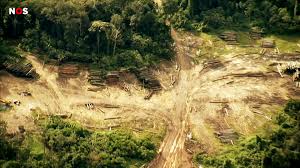 The environment ministers of the 27 EU member states and the environment committee of the European Parliament have reached a political agreement on restrictions for products from deforestation areas ieden.

Companies will soon have to check in advance whether their products contain materials that originate from the clearing of jungle forests, such as palm oil, soy, coffee, cocoa, wood and rubber, as well as derivative products (such as beef, furniture or chocolate). The measure also applies to cattle fed with fodder grown on fields in cleared jungle areasieden.

Importing companies will also be required to collect accurate geographic information about the farmland where their products are grown, such as corn in animal feed. No country or product is banned as such, but companies are not allowed to sell their products in the EU without these kinds of statements.

As the EU is a major consumer of such raw materials, this step will contribute to less forest clearing, thereby reducing greenhouse gas emissions and biodiversity loss, the European Commission expects. This agreement comes just before the start of the landmark Conference on Biodiversity (COP15), which will define conservation goals for nature for decades to come.

The Food and Agriculture Organization of the United Nations (FAO) estimates that between 1990 and 2020, 420 million hectares of forest – an area larger than the European Union – have been lost to deforestation.

The list of raw materials covered by the directive will be regularly reviewed and updated, taking into account new data, such as changing deforestation patterns.

The new rules will not only reduce greenhouse gas emissions and biodiversity loss, but also help secure the livelihoods of millions of people, including indigenous peoples and local communities that rely heavily on forests and jungles.

The European Parliament and the Council will now need to formally adopt the new regulation before it can enter into force. Once the regulation comes into force, operators and traders will have 18 months to apply the new rules. A longer introduction period applies to micro and small enterprises.

Previous articleThe Netherlands does not want to lower the protected status of the wolves
Next articleWojciechowski: Ukrainian exports lead to market disruption in neighboring countries

Medical research in Irish families has shown that one in four people had residue of the herbicide glyphosate in their bodies. The...
read more
European Commission

Water boards and Vewin: no limited but total ban on PFAS