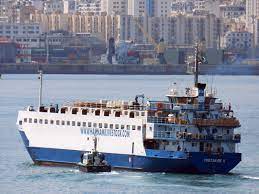 Once again, hundreds of European animals are in danger of being euthanized after a failed sea transport. The nearly 800 young bulls from the south of France were not allowed into the port of Algiers earlier this month, and the livestock transport vessel Nader-A is now returning to the French port of Sete.

The Algerian authorities said the health documents of the imported animals were not in order, and it was feared that some of the bulls had the dreaded animal disease IBR cow flu. That's why they were sent back.

Algeria says a document was missing proving that the young bulls are not carriers of contagious bovine rhinotracheitis, a highly contagious disease. France says the papers were in order and claims all animals were healthy when they left on September 3.

“In the absence of certification, the transport of young bulls should never have been approved by the French authorities in the port of Sète, says the French animal organization Welfarm.

A similar situation arose last year with the failed esport of hundreds of Spanish cows to Libya and Turkey. These animals were also - after weeks of wandering in the Mediterranean - slaughtered on the quay of their departure port on their return.

The transport vessel Nader-A has been in service for 45 years. According to the French animal organization Welfarm, the transport was risky in advance: an inspection of the ship on March 3, 2022 in the port of Sète, would have revealed about twenty security flaws.

The Nader-A is also under the Togolese flag; Togo is the 67th country out of 68 blacklisted by a 1982 international agreement to improve maritime safety through ship inspections.

On Thursday, the Nader-A reappeared off the French coast after three weeks, the French Ministry of Agriculture indicated, adding that "a veterinary visit and analyzes were underway".

France is the largest beef producer in Europe, exporting 1.5 million live cattle annually. In the European Union, there is talk of limiting or banning livestock transports of more than eight hours and sea transport. France says it has no plans to ban maritime transport, but says new EU animal protection laws could lead to restrictions next year.