Home EU Bird flu among poultry in the EU has never been as serious as this... 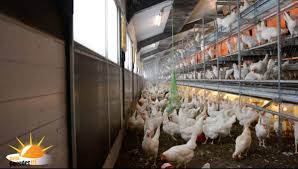 Avian flu among poultry in Europe has never been this serious in recent decades. The spread of highly pathogenic avian influenza has already been detected among poultry in some 3,500 centers of infection and more than 48 million animals have already had to be culled.

The European Center for Disease Prevention and Control (ECDC) says that while bird flu occurs year after year, the past three seasons have shown very high levels of infection. In addition, infections are now detected all year round and not just from October to March, as was the case in the past.

With the arrival of autumn and the start of bird migration, new sources of infection are feared in many countries. The infections mainly occur in the coastal countries, in the North Sea and Baltic Sea as well as in the Atlantic Ocean and the Mediterranean Sea. The ECDC reports that in Europe, the Netherlands, Poland and France are particularly hard hit this season.

The European authorities fear that this dangerous variant has gained a foothold in Europe. Infection with highly pathogenic bird flu leads to very serious diseases and rapid death in infected poultry, in contrast to low pathogenic bird flu, which leads to milder disease in the animals.

Trials for the development of a vaccine are currently being carried out at both the WUR in Wageningen and a French research institute. Within the European Union, consideration is being given to the possible vaccination of all poultry, provided that this is also allowed under international veterinary agreements. Until now, the export of vaccinated food has not been allowed.