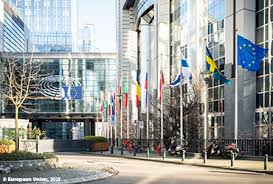 Danish pig farmers resist calls to the European Commission for market intervention in the pig industry. The Danish pig farmers fear that their modern companies will be disadvantaged if the EU starts to support their ailing competitors in other EU countries with subsidies and interventions.

The two Dutch members of the AGRI committee Ruissen (SGP) and Schreijer-Pierik (CDA) also supported this call. Agricultural organizations such as LTO and COPA-Cogeca also advocate EU intervention, but the Dutch LNV minister Staghouwer is against it.

The letter from the agriculture committee was drafted and signed by committee chairman Norbert Lins (EPP), with the agreement of politicians from nine of the ten political groups (only the Greens were against it), but the letter is not formal with a vote in the AGRI committee established.

Due to corona restrictions, swine fever and high energy prices, the small and medium-sized pig breeders in particular have consumed their savings considerably, their letter says. It is feared that in many EU countries the pork branch will disappear, leaving only a few large, strong export countries. Wojciechowski pointed out earlier that three quarters of the European pork market is in the hands of only a few large groups.

The EU introduced similar targeted aid measures in 2011, 2015 and 2016, but they had only a relatively small effect on prices, according to researchers at the University of Copenhagen's Institute of Food and Resource Economics. According to the Danish pig industry, it would be better if the EU does not interfere with the free market.

But LNV Commissioner Wojciechowski made it clear in a response that although several Eastern European countries are requesting support for their pig industry, it is mainly the large pork countries that are against it. including major producers such as Germany, Spain, Italy, Denmark, the Netherlands, Sweden and Finland.

“These seven Member States account for almost two thirds of the pig production in the EU and have not asked for market measures. I think this is a clear sign and one that I cannot ignore.”

The European Commission is sticking to its Green Deal plans to halve the use of chemical pesticides within eight years. there...
read more
EP

In Libya, Commander Khalifa Haftar's troops carried out an attack on a Turkish ship in the port of Tripoli. It...
read more

British Prime Minister Boris Johnson is preparing new laws that overturn previous agreements with the EU on a trade agreement. With that ...
read more