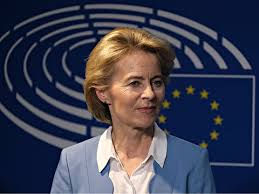 European Union will withhold Hungarian subsidies; Poland not yet

For the first time, the European Union has initiated a procedure to cut Hungary from European benefits. Brussels believes that Prime Minister Orban takes too little action against fraud and abuse of European rules.

Under pressure from the European Parliament, the new criminal sanctions are now being used. Similar threatening measures against Poland are being postponed for a while.

Commission President Ursula von der Leyen has probably decided to do this now, because the approval of European accounting is on the political agenda next week in Strasbourg. The European Parliament had already made it clear last year that it would disapprove of the annual accounts if Hungary were not tackled.

The European Commission had also sent a questionnaire to Poland in November (about the controversial reforms of the judiciary). However, the procedure against Poland has not (yet) started. Poland is currently hosting a huge number of Ukrainian refugees. The Commission may think that this is not the right time for another open fight with the Polish government.

The Dutch MEP Sophie in 't Veld (D66) is a strong advocate of faster application of the new sanctions system: “Better late than never, but it is incomprehensible and inexcusable that von der Leyen acted so slowly. Purely because she was afraid of certain EU governments. Orbán will feel little pressure for the time being to change his autocratic and kleptocratic course.”

GroenLinks MEP Tineke Strik emphasizes that the war in Ukraine only makes protecting the European rule of law even more urgent: "President Putin shows where authoritarian leaders and failing rule of law can lead".

Despite talks between the European Commission and the Polish government, there seems to be no prospect of an effective restoration of the independent judiciary in Poland. GroenLinks believes that the European Commission should only agree to pay subsidies from the Covid recovery fund to Poland if the independence of the judiciary is guaranteed. In that case, the CAP agricultural subsidies can be paid 'normally'.

The European subsidies for improving the countryside do not end up well everywhere. In one third of the cases...
read more
European Commission