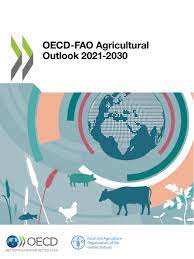 OECD economists say European agricultural subsidies have barely helped to reduce air and soil pollution. According to a new OECD report, the fundamental problem is that agricultural policy climate spending is not tied to clear reduction targets.

According to the OECD researchers, voluntary subsidy conditions, such as the eco-schemes that will come into effect from next year, are not sufficient. This does not only apply to the EU, but also to the agricultural and food policies of dozens of other countries.

In order for the agricultural sector to contribute to the EU's "Fit for 55" climate package, EU payments must be "linked to agricultural emissions reduction targets at the national and EU levels," the report recommends. . It is also said that the agricultural polluter will have to pay.

“For me, the fundamental problem remains that we have offered voluntary [sustainability] measures in Europe,” said Professor Emeritus of European Agricultural Policy Alan Matthews while presenting the report.

“Public agricultural aid has reached record levels worldwide, but the proportion devoted to promoting sustainable production has fallen,” explained Marion Jansen, head of the OECD's Directorate for Trade and Agriculture.

According to her, sustainable agriculture needs to be significantly expanded to meet future food needs and to meet the climate goals of the Paris Agreement.

The OECD believes that much more should be invested in innovation. To feed a growing world population, agriculture will need to increase productivity, and do so in an environmentally friendly way,” emphasized Ms Jansen.

Meanwhile, the report also warns that some measures in response to the war in Ukraine could be “counterproductive”. Easing environmental standards to boost domestic production could have pro-cyclical effects and compromise sustainability, the researchers warn.

The freighter Razoni, which last week was the first to export under an international treaty from Odessa with a cargo of Ukrainian grain...
read more
EU