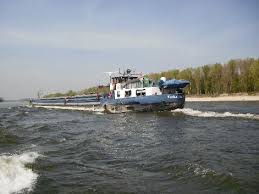 Ukrainian exporters complain about the slow handling in neighboring Romania of inland grain shipments across the channel between the Danube and the northern Romanian Black Sea port of Sulina. There are dozens of ships waiting for days, causing transport costs to rise to $500,000 per day. There are now almost a hundred ships.

Most Ukrainian ports are still blocked by Russian ships and mines, forcing exporters to pass through Romania's Danube ports and the Sulina Canal. According to the European Businesses Association (EBA), there is a shortage of berths, there are too few pilots in the canal to Sulina and sailing is only done during the day.

In addition, Romanian grain exports are also gaining momentum, creating great competition for the Ukrainians on inland navigation on the Danube to the seaports.

The EBA has called on the assistance of the Secretary-General of the United Nations and the European Commission. Brussels has previously appealed to neighboring countries for rapid handling and 'green corridors' for the passage of agricultural and food products.

They want the Romanian authorities to inspect at least six ships at a time and not just two, as is currently the case. They also want a longer timetable for pilots and harbor masters and the ability to sail the canal at night, which would double the transport capacity.

Grain transport by rail is too expensive because the track gauge of the Soviet-era Ukrainian railways is 9 centimeters wider than that of the European railways. The grain therefore has to be unloaded and transhipped at the border with Poland. This makes the rail transport of Ukrainian agricultural products expensive and time-consuming.

A delegation from the European Parliament's Agriculture Committee is this week on a working visit to transhipment locations on the Ukrainian-Polish border.

Previous articleClimate laws EU a step closer through compromise in European Parliament
Next articleNo ban in EU on chemicals, but premium for organic switch