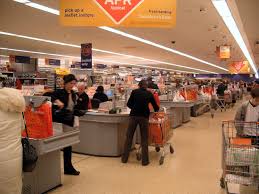 The vast majority of European consumers want food labels to indicate whether or not they contain genetically processed raw materials, but industry is not keen on that.

According to a recent report by the opinion research institute Ipsos, a vast majority of consumers advocate mandatory labeling on food products containing genetically modified crops, but the food industry says this is virtually impossible.

The report comes amid heated debate in EU countries on the future of gene technology after a 2018 European Court of Justice ruling found that GM crops are in principle covered by the EU GMO directive. That 2018 ruling has since been heavily contested.

The EU legislation requires GM food to be clearly labeled on packaging that ingredients are “GMO”, while non-packaged products require notification to the counter. Products from animals that have received genetically modified feed are, however, still exempt. That should be the case from now on.

The report, commissioned by the Greens / EFA group in the European Parliament, surveyed thousands of consumers in all 27 EU countries earlier this year. The questionnaire included both “conventional” genetically modified organisms (GMOs) and gene-edited (GE) crops using new techniques such as CRISPR.

It found that 86% from those who heard of the technology wants food containing GMOs to be labeled accordingly. The Greens believe that the customer should be able to choose, and that gene editing should be on the label.

At the request of the 27 LNV ministers, the European Commission is currently completing a study into food labeling. That study is expected to be published at the end of April.

Previous articleIreland holds a consultation round among farmers on new agricultural policy
Next articleAdvice to EU: 'Less cages and pens good for animal welfare'