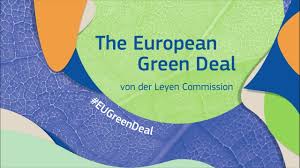 The Agriculture Committee of the European Parliament believes that more should be done in the EU to improve and protect biodiversity. But that should not be at the expense of the agricultural sector. On Thursday, the Comagri committee listed numerous concerns and conditions against the Green Deal's biodiversity plan.

According to the Agriculture Commission, the EU does need an ambitious strategy to halt the loss of biodiversity, but it must be based on scientific facts and figures. In doing so, the committee reiterated the earlier call to first conduct feasibility studies into the consequences of the Green Deal and the new CAP.

The Agriculture Commission already wants to stipulate that more biodiversity must be accompanied by more environmentally safe pesticides if farmers are to reduce their use of chemical pesticides. They want the EU to improve the rules for approving new crop protectors with less environmental impact.

The EP members again called on the EU countries to encourage farmers to set aside at least 10% of their land for biodiversity, for example hedges, buffer strips, bieden where no chemicals are used and temporary fallow land.

The common agricultural policy (CAP) will have a key role to play in protecting the biodiversity of agricultural land, de Comagri said. That 'agri wish list' has now been submitted to the Environment Committee (ENVI), which will probably adopt the European Parliament's biodiversity strategy at the end of April.

It is uncertain whether all wishes, requests and desires of the agrarian-oriented Agriculture Commission will be taken over by the ENVI Environment Commission. In many Green Deal cases, it is not the Commissioner for Agriculture (Wojciechowski) that is leading and decisive, but Environment + Climate (Timmermans) or Food + Health (Kyriakides).

For 'the Dutch agricultural noise' in the EU, moreover, in the current term of office, only two MEPs have a full place in the Agriculture Committee (and two replacements), but in the ENVI Environment Committee, Dutch groups have four permanent places (and four substitutes).

From the Agriculture Committee, Bert-Jan Ruissen (SGP) is the only Dutch person to be closely involved as shadow rapporteur in the ongoing trilogue negotiations on a new agricultural policy. From the ENVI environmental committee, the two vice-chairmen Bas Eickhout (GroenLinks) and Anja Hazekamp (PvdD) have control over the handling of those trilogue negotiations.

Previous articleIn Belgium, too, court has halted construction in agriculture due to nitrogen precipitation
Next articleLess Dutch meat; more dairy and beer to South Korea