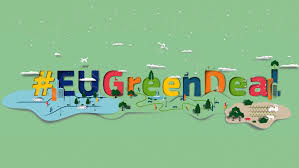 The final Green Deal plans of EU Commissioners Frans Timmermans and Stella Kyriakides for the 'farm to table strategy' and biodiversity strategy are less anti-meat than stated in earlier versions of Wednesday.

An earlier draft version of that strategy, seen by EURACTIV.com, said the EU wanted to stop “boosting meat production or consumption,” but this did not make it to the final version. In addition, a reference to encouraging “less meat” was watered down to “less red and processed meat”.

In addition, the previously advocated 'ban on pesticides in agriculture' was eventually weakened. The final version now speaks of 'chemical pesticides' and 'plant protection products' and 'fertilization'. Those chemicals are said to be "cut in half", but "growth promoters" and "fertilization" are only said to be "cut."

However, the Green Deal strategy still contains a commitment to “help reduce the environmental and climate impact of animal production”. The European Commission also still wants a quarter of the agricultural land to be used for organic farming. In the Netherlands, approximately four percent of the entire agricultural area is currently organic.

In a first reaction, the European farmers' association COPA-COGECA emphasized its support for a “balanced diet” in which the consumption of healthy food from animal and vegetable sources is essential. The Dutch agricultural umbrella organization LTO calls it crucial that farmers and horticulturalists receive compensation for their extra efforts and investments.

In that respect, LTO Noord chairman Bruins sees bright spots that the farm-to-board strategy applies to the entire EU. 'It is important to us that there is a level playing field when it comes to legislation and regulations in the field of sustainability. There are quite a few opportunities for this. "

The lack of financial support for Timmermans' plans has been called a weakness and a shortcoming, especially in agricultural responses. It has been noted previously that his new plans do not require any money, in addition to the amounts in the CAP agricultural budget. Others say that the broad Climate Policy replaces the narrow agricultural policy.

The farmers' organizations require a solid agricultural budget from the EU under the proposed transition. The multi-year budget will be presented in Brussels next week. Negotiations on available amounts are overshadowed by the money needed for the corona crisis. The last word has not yet been said about this either.

The blockage of the Suez Canal may take weeks. Hundreds of ships are already seriously delayed because they have to wait ...
read more
EU

EU comes with 15 tips per country for Green Deal in ...