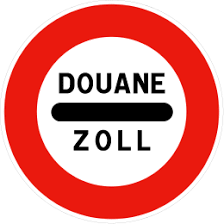 Negotiators from the European Union and the United Kingdom have made progress in London negotiating a future EU-UK trade agreement.

According to unconfirmed reports, texts are already being put on paper, and there is already speculation about a date for signing documents. That would be a breakthrough.

The rapprochement concerns two previously difficult issues: the level of competition after the departure of the British from the EU, and the legally binding control on it, insiders tell the British news agency Bloomberg. Progress raises hopes that an agreement can be reached in early November, the sources said.

The two sides are also said to be on the verge of finalizing a joint document on state aid, and are also closer to deciding how the eventual deal will be enforced.

While the differences are still significant, progress in drafting texts is a sign that after seven months of negotiations they are one step closer to breaking the deadlock, the insiders think.

Britain is leaving the EU internal market and customs union on December 31. If that happens, all kinds of trade tariffs will have to be introduced for imports and exports. The British and the EU do not have their administration in order yet. In that new situation, millions of consumers and businesses will be affected by the costs and quotas and full customs controls.

If the negotiators can resolve their remaining disagreements sufficiently by November 3, British Prime Minister Boris Johnson and European Commission President Ursula von der Leyen will reach a final compromise in London, the insiders said. In that case, both parties can agree that they will only introduce the new customs system for a limited number of goods and products, or have it take effect a little later.

The access of European fishermen to UK fishing grounds remains a major stumbling block in the negotiations so far. France said earlier that it was willing to restrict fishing. With this, the country wants to give the negotiations a boost.

It has already been proposed in British fisheries circles to make the same agreement with the EU countries as with Norway (which is not in the EU), and that negotiates every five years on quotas for allowable catches.

At a poultry farm in the south of Russia, seven employees are infected with the bird flu variant H5N8. It is the first time...
read more
EU

The Dutch Food and Consumer Product Safety Authority foresees a lot of problems from 1 April for the export of Dutch agricultural products to Great Britain ....
read more

The European Commission has taken Germany to the European Court of Justice for insufficient biodiversity. After years of warnings and reminders ...
read more

Consultation of the Dutch in Morocco about phosphate, water and agriculture

A delegation from the Dutch embassy in Morocco paid a working visit to the Polytechnic University in Benguerir last week. That...
read more