Home EU EU farmers unions: do not adapt Mercosur, but leave it completely 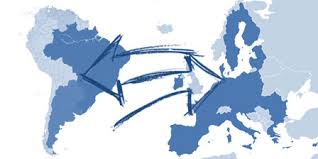 EU farmers unions: do not adapt Mercosur, but leave it completely

France has actually vetoed the free trade agreement between the EU and the South American Mercosur countries by the EU. This was already expected after earlier criticism from President Macron.

The main reason is the increased deforestation in the region. In addition, dozens of European farmers' organizations have called for the Mercosur treaty not so much to be amended or relaxed, but to be withdrawn altogether. They demand regulated access to the market.

With the pact, the European Union and four South American countries want to create the largest free trade zone in the world. This should save companies in the EU four billion euros in customs duties and stimulate exports. Argentina, Brazil, Paraguay and Uruguay belong to Mercosur.

France is not the only critic in the EU. The FTA is also controversial in some other EU countries. Austria, the Netherlands, France, Ireland and Belgium, for example, clearly show critical voices. Germany, which currently holds the chairmanship of the EU Council, has previously said it wants to go ahead with ratification, but Chancellor Angela Merkel is now also criticizing the agreement.

That is why agricultural circles in the EU fear that Germany, with a few minor corrections, could still get the critical member states to agree and the slightly amended treaty can still continue.

“The agreement will increase the import of meat, sugar and soy from the Mercosur countries, for example, the production of which is becoming increasingly industrial due to the aggressive export orientation,” said one of the farmers' union chairmen. Biodiversity in the middle of the Amazon has to make way for this system. Human rights violations are also on the agenda in connection with this development.

This trade policy and the uneven production, environmental and social standards in favor of the agricultural sector are accelerating the end of farms on both sides of the Atlantic, ”said the letter from the 43 unions from the 14 EU countries.

Johnson wants fewer EU rules in trade; if necessary without a treaty