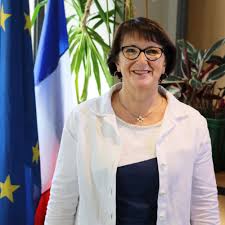 The new European food policy must be revised if an impact assessment shows that it has negative consequences for farmers, says the new president of the European agricultural umbrella organization COPA, the Francaise Christiane Lambert.

In an exclusive interview with Euractiv, she accepted the need to align agriculture with environmental goals and supported the farm-to-table strategy, but warned against 'dogmatic' goals in the Green Deal strategy.

Elected in 2017 as the first woman of the French farmers' union FNSEA, she was also appointed president of COPA last week. As a livestock farmer with more than 19 years of experience to her name, Lambert has been a strong advocate of agriculture from an early age.

According to her, it is necessary to link the F2F targets to the capacity of the market. "For example, if the GD strategy says that 25% of the farmland should be used for organic farming, will European citizens also eat 25% organic food production?" she asked.

Lambert regretted that no impact study into the future consequences was carried out in advance when the strategy was presented. “No decision can be taken without an impact assessment. And when negative aspects come up, they need to be revised, ”she added.

A similar comment was also made earlier by Agriculture Commissioner Janusz Wojciechowski, who has opened up the possibility to review F2F's ambitious goals at a later stage if food security is threatened. "If it turned out that this strategy threatens both the food security and the competitiveness of our agriculture, then these targets would have to be revised," he told the French Senate in July.

The newly elected COPA chief defended the EU's main agricultural subsidy program, the Common Agricultural Policy (CAP), against attacks, particularly those from environmental groups. She expressed disappointment that 'agriculture' was not mentioned in the first State of the Union speech by Commission President Ursula von der Leyen last week. Lambert said she plans to create her own "State of the Agricultural Union" every year from now on.

In order to cope with the uncertainties of trade, Lambert was clear that agriculture must be at the center of international trade agreements. Inspired by ex-trade commissioner Phil Hogan, she expressed support for 'open strategic autonomy'.

She warned that opening borders could put the EU into competition with countries that don't have the same production rules and stressed that the EU cannot bring in products from countries with which no common standards exist, she said, especially in view of draft agreements with Mercosur or Oceania.

After a few days offensive, the Syrian army has a firm hold on the south of the province of Idlib. Government forces have ...
read more

Banks and research institutes in the United States keep in mind that this year's revenues in the American meat industry will ...
read more

China is blocking imports of more and more Australian products

Australia's trade war with China is intensifying and the Chinese state media is now reporting that the imports of seven Australian ...
read more

According to a study by the renowned Reuters Foundation, many developments in the global economy are going in the wrong direction, and the ...
read more

In the trilogue negotiations in Brussels, delegations from the European Parliament and LNV Council of Ministers agreed on a transitional arrangement and a two-year ...
read more

In the Polish poultry industry, prices have fallen tens of percent in recent days due to oversupply. The export of chicken meat has already ...
read more