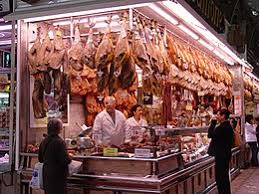 The European Union and Mexico have reached an agreement to extend their trade agreement that has been in existence for almost 20 years. The new agreement provides, inter alia, for the opening of the European market to 20,000 tonnes of Mexican beef annually, under very reduced customs duties. Simpler customs procedures will also have to further stimulate exports between the two trading blocks.

Under the new agreement, virtually all trade in goods is tax-free, and for agricultural products still limited. This agreement validates imports of 20,000 tonnes of Mexican beef per year with very reduced customs duties (7,5%). Mexican beef does not currently meet the EU health criteria. That is why it has so far been excluded from exports to Europe, the French meat giant Interbev complains about the possible arrival of new competition. The French meat industry believes that President Macron should try to stop this trade deal, especially given the current corona pandemic and the discussions about protecting its own food supply.

Mexico is the main trading partner of the EU in Latin America with trade in goods worth 66 billion euros and 19 million euros in services. EU exports of goods exceed EUR 39 billion per year. Trade in goods has more than tripled since the original agreement entered into force in 2001.

It will also be the first-ever trade agreement of the EU with anti-corruption provisions and measures to combat bribery and money laundering. Mexico was the first country in Latin America to sign a global agreement with the EU in 1997.

The EU and Mexico started negotiations on this new modernized agreement in May 2016. EU Trade Commissioner Phil Hogan and Mexican Economy Minister Graciela Márquez Colín agreed this week on the exact scope and latest legal details. With this, the EU and Mexico can now proceed to the phase of parliamentary assent and ratification. The agreement now needs to be approved by the European Council of Ministers and the European Parliament.