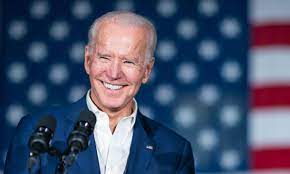 Biden's plan includes $ 621 billion for transportation, including roads, bridges, electric vehicles and waterways, plus $ 100 billion to ensure broadband access across the country. He wants the semi-government to set up large servers and networks. Another $ 16 billion is earmarked for port and waterway improvement.

The plan will modernize 20,000 miles of highways, roads and main streets. It will repair ten economically most important bridges in the country. It will also repair the worst 10,000 smaller bridges and provide vital connections to communities, the White House says.

The plan allocates an additional $ 50 billion for the environment and climate resilience. Part of the funding could also be used for management of agricultural resources and climate smart technologies and forest management. That will be part of USDA Secretary Joe Vilsack's agricultural renewal.

Rural Americans in particular and in 'tribal lands' (Indian reservations) do not have proper access to the rest of modern society. ”Currently, one in three Americans does not have broadband access, and those who do often have connections that are that way. slow they are useless, ”said Mike Stranz, vice president of the National Farmers Union.

Lobby groups of farmer groups and rural businesses have a wish list that extends to affordable housing and a reliable power supply. Another $ 5 billion is earmarked for rural development.

To fund the plan, Biden proposes to increase corporate tax for corporations from 21% to 28% and to tackle companies that channel their profits to foreign tax havens.