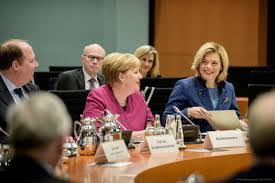 Modernization of German livestock farming and higher animal welfare standards lead to higher agricultural production costs, but are affordable if the government backs the industry with billions of investments. This can be recouped through an increase in VAT on foodstuffs and costs about five cents per meal.

This is evident from a scientific calculation by the authoritative Thünen Institute. At the request of Minister of Agriculture, Nature and Food Quality, Julia Klöckner, these German auditors have examined the agricultural modernization plan of former minister Borchert and a specialist committee.

Borchert and other advisers believe that in the coming twenty years the level of animal welfare in the German agricultural industry must be significantly increased, that the pig breeding and poultry sector must deliver higher quality, and that more attention must be paid to Climate and Sustainability.

Depending on the species, however, the additional costs amount to a minimum of 9% for dairy cows to as much as 44% for broilers. As an incentive for the transition to higher animal welfare standards, the government should finance the extra costs for farmers through investment subsidies plus regular animal welfare premiums. Stables must also be renovated and expanded.

Depending on the species, the expected additional costs range from a minimum of 9% for dairy cows to as much as 44% for broilers. The production costs in pig breeding, dairy farming and beef cattle production will be about 10 to 16% higher. About 25 to 30% higher costs are expected for breeding sows. In an even higher category for animal welfare in broiler farming, the additional costs could even be 44% higher.

Agriculture Minister Julia Klöckner (CDU) sees the impact assessment as a confirmation of the plans for remediation and modernization. According to her, the Thünen Institute shows that companies that would have withdrawn from livestock farming due to the current situation are getting a new perspective.

Now, in the coming months (in the election campaign!) It must be a political agreement on a financing model, says Klöckner. Funding can come through an increase in VAT from 7 to 19% for animal products, or through an animal welfare tax that acts as a consumption tax. A third option (a higher income tax) has now been removed.