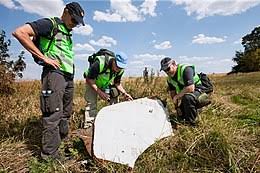 The court of The Hague has agreed to requests from the lawyers of the Russian MH17 suspect Oleg Poelatov to hear other witnesses and experts. That should happen in the coming months, so that the substantive trial against the four suspects can start in February.

Pulatov's lawyers had formulated nearly 300 research wishes. These included the question whether the Malaysian plane was downed by a Buk missile in 2014.

They also wanted to investigate whether the missile was fired from an agricultural field in Eastern Ukraine, and whether the suspect Pulatov was involved in the downing of MH17. So far, he has been charged with cooperating in transporting the missile from Russia to the Ukrainian rebel area.

The court agrees that some of the witnesses presented by the defense may be heard. Among them is also the commander of Russia's 53rd Brigade in Kursk, the army unit that has Buk missiles.

These witnesses had already been tried by the Dutch Public Prosecution Service, but the request was then rejected by Russia. Now that the request is being made by the lawyers of the Russian suspect, it may be different, the court thinks.

Co-suspect Sergei Dubinsky may also be asked for questioning, including over wiretapped telephone conversations about the downing of flight MH17. A linguistic expert has to find out whether Pulatov can be heard in the conversations.

Pulatov wants to answer questions from the court in writing, but the court does not want that. He wants to question him in court.

Many other research wishes have been rejected. For example, the alleged presence of combat aircraft is not examined further. The court finds that the international investigation team Joint Investigation Team has already investigated this sufficiently.

The Public Prosecution Service (OM) suspects three Russians and one Ukrainian of involvement in the disaster. Except for Pulatov, none of the suspects - Igor Girkin, Sergey Dubinsky and Leonid Kharchenko - made a statement to the court.

In the disaster with the Malaysia Airlines plane in July 2014, all 398 passengers were killed. Among them were almost two hundred Dutch.

Previous articleIndustry and agriculture continue to pollute the air: Climate treaty ends
Next articleCounterfeit chicken meat will soon be on the menu in restaurants in Singapore

The global potato giant McCain will start building its first factory for the production of French fries in Russia. To this end ...
read more

The UK government has announced a consultation on allowing gene editing in agriculture and livestock.
read more