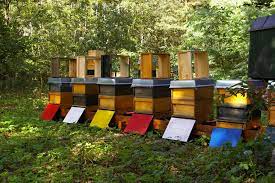 Use of neonicotinoids is also curbed in the United States

The US Environmental Inspectorate EPA concluded in an interim report on three types of neonicotinoids that those coatings "probably adversely affect" the habitats of thousands of endangered plant and animal species. An imminent ban could have major consequences for American agriculture.

These are the weed killers midacloprid, clothianidin and thiamethoxam, which are widely used in the cultivation of soybeans, sugar beet, maize, wheat and cottonseed. Neonicotinoids are used on hundreds of millions of acres of U.S. farmland.

The EPA for a long time refused to check the authorization of chemicals under international treaties for the protection of endangered species ('red list'), but was recently forced to do so by legal processes.

All pesticides in the United States are required to undergo these screenings, but the EPA is only just getting started. EPA had granted interim registration authorizations for all three neonicotinoids in January 2020, but these have only been finalized after any additional safety measures. Recently, the US agency released its assessment for glyphosate, which now also awaits additional usage instructions.

In the European Union, the use of these three neonicotinoids has been subject to stricter regulations since 2018, and a complete ban on glyphosate is imminent. The EU countries do have the right to prohibit or allow the use of crop protection agents, provided they follow the existing EU procedures.

Recently, France has also granted temporary limited exemptions for the use of neonicotinoids. By now, sixteen EU countries have now used a loophole to circumvent the ban.

The House of Representatives believes that the Dutch cabinet should enter into discussions with the agricultural sector to find a workable alternative to the use of neonicotinoids. Beet growers in the Netherlands currently use other means to protect their beets, but they also sometimes have a higher environmental impact.

Water boards and Vewin: no limited but total ban on PFAS