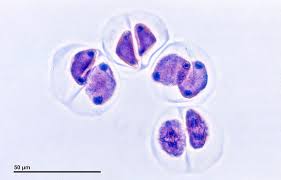 The food and health authorities in the United States have cleared the way for cultured meat to be allowed on the American consumer market. After extensive inspections, the two federal agencies USDA (Agriculture) and FDA (Food and Medicine) no longer have 'no questions' about Upside Foods' lab-produced meat.

The American company now only needs approval on a few technical issues, such as packaging labeling and quality controls during the production process.

UPSIDE Foods founder Uma Valeti called it a "turning point in the history of food" and praised the first-ever "no more questions" license. “This milestone marks a major step into a new era in meat production. I'm glad that American consumers will soon have the opportunity to eat meat grown directly from animal cells.

The company has already attracted numerous investors, including Bill Gates and venture capitalist John Doerr, and the company is now valued at more than a billion dollars. Some of the largest traditional meat companies, including Tyson and Cargill, have also invested in it.

The approval now granted only applies to meat made from cultured chicken cells by Upside, but authorities say they now want to follow the same procedures for other meats, including from other companies.

Singapore was the first country to allow the sale of cultured meat two years ago. Proponents hope cultured meat will reduce the need to slaughter animals for food and help with the climate crisis.

Food production is held to be responsible for about a quarter of global greenhouse gas emissions, the majority of which comes from livestock farming.

USA is litigating against Canada for more export of cheap milk

For the first time in the North American trade agreement, the United States is instituting proceedings against neighboring Canada. Washington wants the ...
read more

The European Court of Auditors believes that the agricultural sector should be made financially responsible for cleaning the pollution of drinking water. In...
read more

Hunters in the Swiss canton of Valais shot a wolf near Goms on Tuesday. The cantonal authorities had previously…
read more

Removing the maximum prices for food products in Cuba will be beneficial for the growth of the Cuban agricultural sector. The...
read more