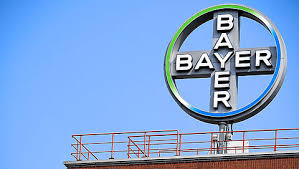 The chemical company Bayer is going to remove the agent glyphosate from the herbicide Roundup in the United States for private use. Glyphosate is also being replaced by another agent in other Bayer products on store shelves. U.S. agriculture will be able to continue to purchase chemical pesticides containing glyphosate.

Sales of glyphosate to US consumers, primarily under the Roundup brand, account for €300 million of Bayer's annual sales, less than 2 percent of the crop science unit's total sales.

Liam Condon, the head of the Bayer division, said the company expects little financial impact. Bayer would keep the Roundup brand name and continue to sell, but only change the composition of active ingredients, he added.

The announcement follows a new ruling by a US judge in one of the many lawsuits being filed against the company. The court on Wednesday dismissed Bayer's previously proposed plan as "clearly unreasonable". Investment analysts say the rejection was a "significant setback for Bayer".

The chemical company Bayer has set aside $4.5 billion for future legal disputes over the glyphosate-containing herbicide Roundup. Bayer CEO Werner Baumann said Bayer is now looking at "alternative solutions to manage potential future claims". In the first three months of this year, Bayer already paid out about 2.2 billion euros to settle disputes.

The glyphosate-containing product Roundup has been the target of criticism from environmentalists for years. The group emphasizes that the cessation of sales is not based on safety or health criteria, but to curb the risk of new processes.

Bayer also refers to the recent advice of four EU countries, including the Netherlands, on whether or not to renew the permission for glyphosate use in agriculture. After an extensive scientific study, this AGG group concluded, among other things, that no chronic or acute consumer risk is expected, and that glyphosate meets the approval criteria for human health.

Staghouwer: food supply in the Netherlands not yet at risk

Multi-year budget and corona fund: plans but not yet EU money