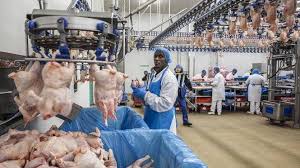 Collapsed Indian poultry is looking for Dutch expertise to recover

India is one of the largest producers of eggs and chicken in the world, but has been hit hard by the corona pandemic. It is now working on reconstruction and is looking for expertise from the Dutch poultry sector.

India is the third largest egg producer in the world (after China and the US) and the fourth largest chicken producer in the world (after China, Brazil and the US). The Indian government has now announced measures to rebuild the poultry sector. According to the agricultural consultants at the Dutch embassy in New Delhi, such a recovery operation offers opportunities for Dutch involvement.

The poultry sector in India is large and still growing. Egg consumption per capita has increased from 30 to 68 eggs per year over the past five years. In the same period, the consumption of chicken has increased from 400 grams to 2.5 kg per year. In Western countries that is almost ten times as much. Indian nutritionists recommend a minimum of 180 eggs and 10 kg of chicken per year, a five-fold increase, meaning the Indian poultry market is full of growth opportunities.

The Netherlands Business Support Office (NBSO), the Embassy in New Delhi, Top Sector Agri & Food and RVO are currently investigating options to work with India to reduce antimicrobial residues in the poultry chain. In addition, they see a need for expertise, support and funding for cold chains and transport, skill and training, additives and premixes, supply machinery and new technologies for farm maintenance.

The Indian poultry sector was hit so hard because in the very beginning of the corona period in rural India, there was a superstition that the coronavirus was spread by poultry and chickens. Sales of poultry meat fell by as much as 80 percent and prices for poultry meat were cut in half. More than a million small poultry farmers and more than half a million people working in the sector have become unemployed. This also had consequences for the feed producers.

Poultry is the most organized livestock sector in India, with a value of € 14.5 billion. Broiler meat production was 4.2 million tons per year in 2015-16. The demand for processed chicken meat is increasing by 15-20% per year. Eggs and chicken were classified as “agricultural products” a few years ago, but are now considered “food products”. This is one of the signs that safe food has become a priority.

The final food products, such as eggs and chicken, are not exported in large quantities as there is a huge gap in supply and demand in India. Between the beginning of the 21st century and 2050, the consumption of protein from animal sources in India is expected to double. During Poultry India 2019, Dutch experts and the Dutch embassy invited Indian experts to talk about housing systems and animal welfare.

The main challenge in recent weeks has been logistics and keeping the stores open. Currently, the logistics problem is being addressed in at least 60% of the country. The poultry sector is expected to recover somewhat by the end of this year, although capital for new investment may remain limited for some time.

The current setback can therefore, according to the Dutch agricultural consultants, be seen as an opportunity to create new markets and expand existing markets. It should come as no surprise, then, that the government of India recently announced a new $ 2.1 billion infrastructure fund to provide private players with an interest rate subsidy of up to 3 percent to set up dairy, poultry and meat processing units.

A French court in Lyon has for the first time ordered the then weed killer Monsanto to pay damages to a French farmer. The...
read more