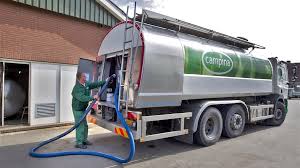 According to the Danish Landbrugs Avisen, Royal FrieslandCampina is under pressure due to plans in the Netherlands to slow down the dairy industry due to the large nitrogen emissions. Scandinavian dairy circles also refer to an earlier Rabobank study, which foresees that FrieslandCampina will be overtaken by Arla in the international ranking in terms of turnover next year.

The European Commission would probably only approve the possible merger under certain conditions, just like at the time with the merger of Friesland and Campina. In 2003 and 2005, Arla first tried to merge with the then Campina, but the boards of both companies could not agree. Instead, Campina opted in 2008 to merge with Royal Friesland Foods.

Large differences in meat prices in Europe; most expensive in Switzerland

Northern Macedonia and Albania not yet on EU