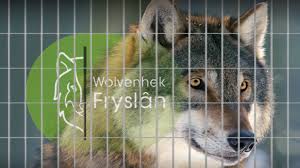 The return of the wolf to the Netherlands is a unique situation because the animal has never before settled in a country with such a high density of people and livestock. That is what Wageningen researchers from the WENR say in the journal Nature about a report published on Wednesday.

In recent years, the wolf has discovered the Netherlands as a transit point and a number of animals have decided to settle here. For 150 years there were no wolves in the Netherlands, but in the past six years 34 have been observed and five have settled there. The researchers expect that number to increase in the coming years, but it is unknown at what rate.

This study was commissioned by BIJ12, the Ministry of Agriculture, Nature and Food Quality and the Interprovincial Consultation. The government's current Interprovincial Wolf Plan is due for revision.

Although most livestock damage is not caused by wolves but by dogs and foxes, it is advised that livestock protection against wolves is essential to enable sustainable coexistence. If a wolf or dog runs into a live wire, the animal quickly learns to stay away from it.

But then you have to do it consistently, because otherwise it makes no sense," say the researchers. The Netherlands has a compensation program for the damage caused by the wolf. In addition, there are subsidies for prevention measures. The figures show that there is little incentive to make use of it. Even in hotspots such as the Veluwe and Drenthe, little subsidy is requested.

The report also paints a picture of the origin of the wolf population. In recent years, wolves have been active in almost half of the Netherlands. The average size of a wolf territory is two hundred square kilometers. There are so far six: one in Drenthe, two in Overijssel, two in Gelderland and one in North Brabant.

Most of the 'Dutch' wolves come from Germany and Poland. This population migrates to the West and South and settles in Denmark, the Netherlands, Belgium, the Czech Republic and Austria. Four of them now live in the Veluwe.

Also, two are from the Alpine wolf population (France, Switzerland, northern Italy). One of these wolves now lives in the province of Brabant.

Financial top EU failed: not even yet but also ...