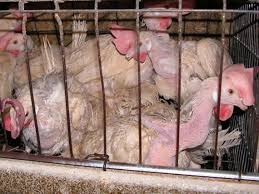 In Poland, a new Animal Welfare Act threatens to overthrow the conservative-nationalist government coalition, and threatens a split in the large ruling party Law and Justice (PiS).

The new law wants to ban fur farming and the keeping of fairground animals, as well as an almost complete ban on slaughter without stunning. That would mean the downfall of the Polish poultry industry. Prime Minister Andrzej Duda's proposal of the right-wing conservative ruling party PiS does receive support from part of his own PiS faction and from the left-wing opposition parties, but not from the agrarian movements within his own party, nor from the other smaller coalition parties.

As a result, it should become clear next week whether Duda can continue to govern as a minority cabinet, or whether early parliamentary elections should be held. Prime Minister Duda himself supports the proposal that he believes will bring Poland into line with the standards of the European Union. He also believes that "all good people" should support the law.

Opponents argue that the law is a threat to the Polish livestock industry. Poland is one of Europe's largest exporters of fox and mink fur, as well as kosher meat. The law will still allow ritual slaughter to a limited extent, but only for religious people in Poland itself. Kosher meat would therefore no longer be exported, which is what almost the entire Polish poultry industry runs on.

Polish Agriculture Minister Jan Krzysztof Ardanowski, who is a member of PiS, is also not in favor of the law. Last Wednesday, hundreds of farmers protested outside the minister's office and in front of the parliament building in Warsaw. Polish farmers accuse the PiS party that last year (in the parliamentary elections) and in July (in the presidential elections) not a word was said about this radical change in law.

But the youth division of the PiS party has been pushing for years for a better Environmental and Climate Policy and modernization of the Polish countryside and the agricultural sector. The youth department has recently been closely involved in drafting the new Animal Welfare Act. Almost to coincide with the presentation of the plans, Polish media broadcast shocking video footage of how animals in Polish fur farms are treated.

Previous articleEU farmers unions: do not adapt Mercosur, but leave it completely
Next articleEuropean Parliament will investigate controls on animal transports

The Russian army has left the Ukrainian Snake Island. According to the Russian Defense Ministry, they are doing this to show…
read more
International