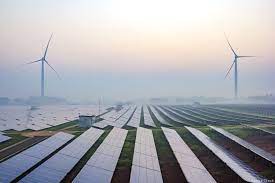 The European Parliament's Environment Committee has voted by a narrow majority on a number of important proposals to ensure that the EU Climate Goals and the UN Climate Treaty are met.

The Climate Laws of European Commissioner Frans Timmermans aim for the EU to reduce CO2 emissions by 55 percent by 2030 at the latest.

Among other things, the environmental committee approved the new CBAM tax on CO2 emissions for imported products. This also makes imported fertilizers from non-EU countries more expensive. The Environment Committee adopted the proposals of the Dutch chief negotiator Mohammed Chahim (PvdA) by a narrow majority.

But a proposal to decouple the measuring techniques of 'carbon farming' already under development from the very latest measuring technology for the storage capacity of all kinds of 'land use', did not pass the environmental committee. That would have excluded farmers from opportunities for EU subsidies for forest and hedge construction.

In fact, the EU extends the existing emissions trading system (ETS) to the rest of the world. This is a measure to reduce global greenhouse gas emissions. The aluminum, steel, cement, fertilizer and electricity sectors will soon also fall under this mechanism.

The free emission rights that European industry still receives will be phased out more quickly. At Chahim's suggestion, the chemical industry will soon be housed there as well.

The environment committee has also approved the proposal that only zero-emission cars may be sold by 2035. The Dutch MEP Jan Huitema (VVD) was one of the preparatory negotiators for this dossier. The proposal sets hard targets for car manufacturers to reduce the average emissions of new cars sold.

The European Greens wanted the polluting (petrol) combustion engine to be phased out completely by 2030, as the Dutch cabinet also wants. This proved impossible because many MEPs from car-producing countries (such as Germany, Spain and Italy) are strongly against it.

The factions of the Greens, S&D Social Democrats, the liberal Renew and the United Left in the Environment Committee supported tightening up to accelerate emissions reductions. It is unclear whether the more ambitious proposals will win a majority in the plenary session (next month). It is also expected that the EU countries will oppose tightened parts.