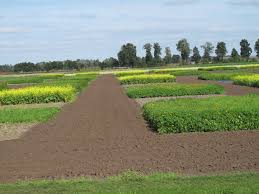 Climate Commissioner Frans Timmermans has presented the first EU rules for organizing a business and revenue model for carbon agriculture. This so-called certification is the first legal step towards limiting CO2 emissions as laid down in the Climate Objectives of the Green Deal.

The European Commission is aiming for a combination of different options for capturing carbon dioxide. This includes the use of building materials made of wood or bricks that are made from mineralized carbon dioxide. In addition, agro-forestry can also be considered, the re-irrigation of dried out and settled peat soils.

“We want carbon removal to provide new and additional sources of income for the many farmers who would like to do more for biodiversity, but struggle to find the necessary funding to do so,” said Timmermans.

The EU committee distinguishes between short-term and long-term stored carbon dioxide. Carbon burping is probably one form of short-term storage. Certificates for carbon storage in agriculture should therefore only be valid for a limited period.

Brussels applies at least four criteria for granting permits for tradable carbon certificates. Firstly, it must be possible to actually determine and determine the amount of stored carbon dioxide. The EU committee hopes to be able to make use of modern satellite controls.

Secondly, (agricultural) activities that are already common practice may not be certified: they must involve new techniques and methods. This condition is already being protested by agricultural umbrella organizations because it forms an obstacle for innovative farmers who are already experimenting with carbon storage. That would no longer be eligible.

Particularly for agriculture, it is important for the proposed certification that the carbon dioxide must remain in the soil for at least 10 to 20 years, and that the permits granted are just as temporary. In addition, the new carbon farming must not endanger biodiversity and species protection.

The European Commission has not yet said anything about the financing, because this certification period is only the beginning of the implementation phase: many details still have to be dealt with. Moreover, the EU governments and the committees of the European Parliament have yet to have their say. After that, a committee of experts will further elaborate the carbon certificates in a second step.

Previous articleEU reporter Huitema: no less, but different crop protection products
Next articleEuropean countries on the way to expanding EU and Schengen region

In principle, the Netherlands takes a positive view of the European proposal to limit environmental pollution from livestock farming. The Netherlands also believes that the emissions...
read more
EU

European Parliament wants everything to stop Putin's advance and war

With more than two million refugees fleeing the war in Ukraine to EU countries, these countries will have to continue to show their solidarity,…
read more

The German farmers' union DBV has already called on the national and regional agriculture ministers for a national reserve of fertilizer for the year 2023.
read more

Negotiators from the European Parliament and the EU countries have agreed on a new European minimum wage directive. That directive...
read more

European Parliament not allowed to make report on Frontex public

The European Parliament may inspect a report on violent actions by the European border guards Frontex, but not make it public. It...
read more

Air filters and UV lighting against coronavirus in cool slaughterhouses