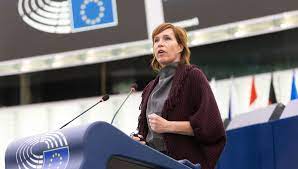 The European Parliament wants measures to close the pay gap of working women, as well as to tackle domestic violence against women. Parliament also wants the right to abortion to be respected in all EU countries.

In the EU, the inequality between men and women in the labor market is enormous. If we continue like this, it will take 60 years to achieve full gender equality. In the EU, women have a pay gap of 14.1 percent and a pension gap of 29.5 percent. Also, the working conditions are often much less good.

Companies that do not comply with labor laws should be punished, says the Parliament, which also wants companies to show how high their wages are. Apart from that, the EU countries themselves can still do a lot. The European Parliament calls on countries to further support maternity and paternity rights by extending leave periods.

They must also ensure that parents are paid equal and full wages during their leave. Parliament wants flexible working arrangements after a leave of absence and more investment in good and local childcare. The MEPs also want to get rid of violence against women. Member States must take measures to ensure that perpetrators are caught and prosecuted.

The Istanbul Convention regulates women's rights. Parliament calls on Bulgaria, Latvia, Lithuania, the Czech Republic, Hungary and Slovakia to ratify this treaty. The MEPs also emphasize that abortion is a fundamental right and that it should not be tampered with in the EU. This is currently the case in Poland.

The PvdA in the European Parliament is positive about the report. According to PvdA MEP Vera Tax, there is still a lot of work to be done. Tax emphasizes that 'conservative forces' in Poland want to undermine the right to abortion. "We continue to oppose this and I am happy with the laws that the EU will soon make for online violence and for equal pay for equal work."

US judge bans mandatory cancer alert on Roundup in the US