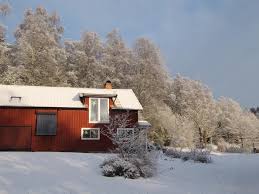 A quarter of Swedish farmers have reduced their agricultural activities in recent months due to rising costs. Four in ten plan to do so in the course of this year. This is apparent from a member survey conducted by the large Swedish Farmers' Union LRF at the beginning of January.

Eight in ten farmers said the cost crisis has affected their business negatively or very negatively. This is confirmation that the situation has moved from worrying to serious, LRF Boerenbond chairman Palle Borgström said in a press release.

As a result, we will have to increase our imports from countries that produce food in a less sustainable way. Moreover, it reduces our security of supply, especially in these geopolitically difficult times, says Borgström.

LRF already signaled in November that the ever-rising prices of electricity, fuel, feed and fertilizer, among other things, was putting heavy pressure on Swedish farmers and that this could become a starting food crisis. In November, LRF estimated that rising prices would burden Swedish agriculture by an additional 4.1 billion Swedish Krona on an annual basis.

Now, two months later, the price is still rising. According to new calculations from the agricultural union, spending has increased by just over SEK 1.5 billion and is now at SEK 5.7 billion.

The Swedish agricultural economy has long been our Achilles heel in our work for a sustainable future. Despite having one of the world's most animal-friendly and climate-smart farms, we're not getting the economy aligned. Now that such a cost shock has hit us, there are no more profit margins there.

It is not good for individual entrepreneurs, nor for sustainable agricultural agriculture, says Palle Borgström.

The Federation of Swedish Farmers is an advocacy organization for the green industry with approximately 140,000 individual members. Together they represent some 70,000 companies, making LRF the largest small business organization in Sweden. Almost all cooperatives within the Swedish agricultural and forestry sector are also members.

French chickens culled by turning off the air exchange

'Estonian ferry Estonia sank due to collision with submarine'